Paige VanZant’s book, “Rise: Surviving the Fight of My Life,” has barely found a home on the shelves and people are already talking about it. Just about every MMA news platform has given it some attention. This is good news, although some of the commentary is downright disheartening. It isn’t just the usual comment section trolls who have shown up this time, though. You see, VanZant doesn’t hold back in her text, describing a brutal rape and the subsequent abuse and trauma she endured. As Yahoo! Sports’ Kevin Iole points out, cutting remarks in response to her disclosure are proof that many people remain terribly ignorant and unsympathetic to the dynamics of sexual abuse.

Perhaps it’s purely coincidental that the book was released in April – which happens to be Sexual Assault Awareness Month. At any rate, I’d like to seize this opportunity to address a few – just a few – myths and misconceptions surrounding VanZant’s experience. Check the comments in any of the latest articles on her book, and you’ll find countless variations of the following:

The book’s release is obviously drumming up attention for VanZant. She’s receiving lots of support, so good for her. She’s also facing the seemingly inevitable backlash victims of assault face when they come forward (which happens to be a huge reason so many of them opt not to come forward at all). There are all sorts of ways she could build publicity – without finding herself the target of such vile hate. There’s clearly more going on here – she wanted to tell her story on her terms regardless of the consequences. She’s brave to do so.

“If it was true someone would have gotten in trouble”

More than half of all people who are raped chose not to come forward – at least not right away. She fear they will be judged for their actions, that they’ll be in trouble (perhaps for drinking underage), or that they won’t be believed. Huh. Strange.

That’s not all. Check out this infographic. Sexual assault is difficult to prosecute for a variety of reasons. In cases that are reported, perpetrators often walk free.

“People who are raped choke up when they talk about it”

I have worked with hundreds of rape survivors. They were hurt by friends and family members, bosses and coworkers, acquaintances and strangers. I’ve seen them in the immediate aftermaths of their assaults, when they’re struggling with nightmares months down the road, and when they’re exploring new relationships years later.

There are some common themes in the ways they cope with their varied experiences, but in no way are their responses predictable or clear-cut. Everyone manages their feelings differently. Some do get choked up. Some talk about their rapes through clenched teeth – their rage barely contained. Perhaps even more often, survivors speak about assault in a manner completely detached from emotion. They dissociate themselves from the painful feelings because it’s simply too much to endure all at once.

“She doesn’t seem traumatized. She posts revealing pics all the time.”

Again, there’s no right or wrong way to deal with trauma. Through it all, some people can navigate their tragedies, love themselves, and – gasp – embrace their sexuality. Can you believe it??

“She probably wanted it, and then regretted it when people started making fun of her.”

VanZant could not have consented. Substance use aside, she was a young teen – young enough that even the law probably wouldn’t recognize her ability to agree to sex. Most states identify 16 as the legal age of consent. Of course, the use of alcohol or any other drug further inhibits decision-making. Paige VanZant may have deserved a hangover. She did not deserve to be raped.

And for the record, any poor or alcohol-induced decision-making of her perpetrators does not absolve them of their responsibility. This is not a double standard. She may have been drunk, but she didn’t hurt anyone; they did.

Information and empathy go a long way. Go to RAINN and the National Sexual Violence Resource Center to learn more. 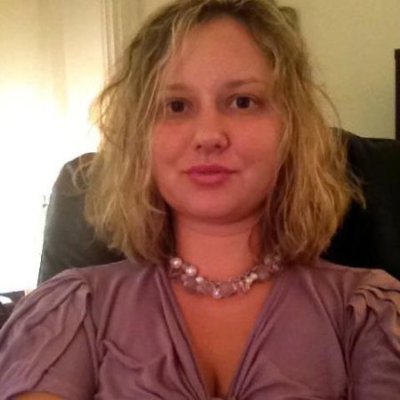